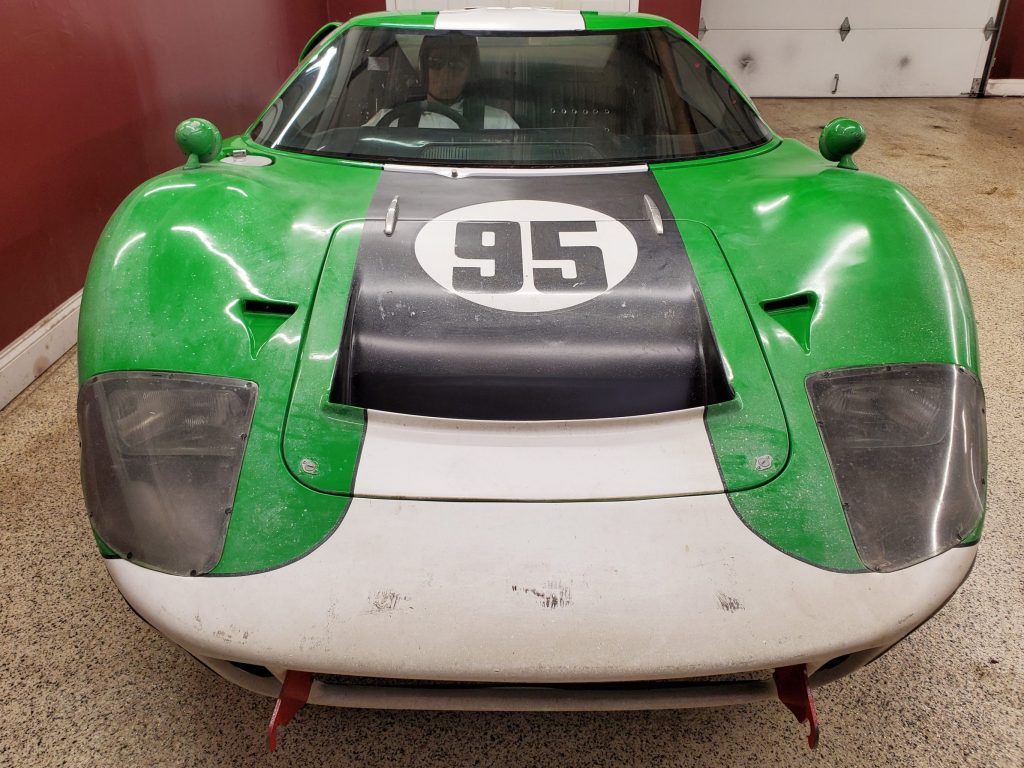 Be sure to stop by the Austin Auto Show to see one of the actual screen used Ford GT40s from the Academy Award nominated film, Ford v Ferrari.  This is the Holman & Moody car from the movie.  This car is the one shown finishing second in a pivotal scene as driver Ken Miles (Christian Bale) passes it during the race at Daytona.

There were 12 GT40 replicas built for the movie and this cars weighs only 2,600 pounds and has a Chevy LS 3, 430-horsepower engine with a Porsche trans-axle.  They put the same engine in all of the cars for easy maintenance.   During filming this car was driven by famed race driver Paul Dallenbach.  Paul spent a lot of time doing 130 mph in this car.  He stated that it handled extremely well with the exception of the vintage-look tires.   This isn't just some movie prop, but an actual race car.

See this car in action in the clip from Ford v Ferrari below.